Sound of Silver explodes the senses in a frenzy of frantically organized mania.  Part Beck, part Talking Heads, a dash of Lou Reed and dripping with knife-edge truths about shattered dreams in a Sylvia Plath style confession bursting at the heart seams, it leaves you shaking and confused but dying to unlock another door to the inner workings of the creative spirit that spawned it.

Each song begins with a steady crescendo that unfolds something steadily miraculous before your eyes, like the moment a butterfly unfolds wet wings dripping with new, or the first cry of a child welcomed into the world -- and I got this crazy feeling as I fell under this album's spell that this creative expression was like the musical representation of watching a soul wake up before your eyes.

Like the time I snuck my adorable pomeranian as a four month old puppy into walmart and when I was at the cash register, the woman who barely looked up and repeated the same phrases to every person whose face she wouldn't remember suddenly burst out of her self and smiled.  Without caring that they have a no dog policy she reached out to pet the creature who wiggled with excitement because he was so elated that this stranger wanted to touch him. These moments when two souls collide, if ever so briefly, to light up like fireflies - are the moments we live for.  And this album reminds us that between the magic of the unique sound, it's different enough to jar you into constant present consciousness.

The song "All My Friends," is a lament and reminder of the fragility and brevity of life and human experience balled up in perfectly constructed chaos that will make you remember what it feels like to have those nights with your greatest friends, with people you fell in love with, when all senses are heightened either via substance or by sheer wonder and love for each other -- and to lose those moments sometime in your twenties when you succumb to the staggering loss of control by the destructive forces of responsibilities  even though you cannot see this because you are blinded by your individual marriages, children, job, and desire for self-worth and thusly you are distracted by those beautiful events as you watch the life you set up and thought you wanted slowly imprison you and before you know what is happening to you, you are sewn into submission.  And then one day you wake up.  That's how it starts.

When I finished that song, and repeated it over and over, I clutched my heaving chest because the welling of feeling was almost so overpowering to me.  Youth is indeed wasted on the young, and I thought back to all my friends and really wondered where they were at that moment.  What were they doing?  Are their lives full of excitement and moments of hope and joy?  Do they remember the night the TCU bookstore burned down?  Or the rugby party with jello wrestling when I brought my friend from Baylor who tried to have a philosophical discussion about metaphysics to look sober outside the building in front of flashing lights?  Or the time we thought it would be a great idea to have a foam party on a concrete floor?  Toga party?  That time in London when Rachel stole that guy's wallet because he slipped something in her drink?  Or the time in Ireland when we crept to the edge of the cliff on our bellies to hang our heads over the side of the Aran Islands to feel the sea air and watch the waves crash against the cliff?  Or in Scotland when we drank too much Vodka and puked in the street and a local asked what we had and we said Vodka and he said we shoulda had the scotch in a thick accent?  The white out party when Alana pretended to have just woken up and explained to the cops she didn't know any of these people and they should believe her because she was in pajamas?  Where are all of you - how are your children, your phds, what are your dinners like, who are you when nobody is around?  What songs do you sing when you get ready in the morning instead of getting ready to go out?  I miss you, all of you.  Where are you this Sunday night besides getting older?

This album reminds us to have more moments where we wake up and spark to life.  Because reality is such a drag, being a rat in a cage - pulling minimum wage.  Go outside and look at the sun, marvel at it.  Do yoga.  Call your best friends.  Fall in love.  Have experiences that are not normal and mundane.

Invigorate your soul by really hearing this album. 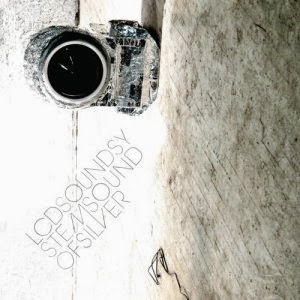 What RS had to say: